The environmental impacts of these activities are generally accepted as necessary for the provision of quality care, but have not been examined in detail.

Medical gases have been used in ophthalmic surgery since the 1970s. The most common usage is in vitreoretinal surgery, where a gas bubble is used to support retinal breaks until chorioretinal adhesions have developed from applied cryotherapy or laser photocoagulation.

Macular holes are closed using the buoyancy of an intraocular gas bubble apposed to the hole margins with the patient usually adopting a face-down posture.

Additionally, corneal transplantation techniques sometimes use an intracameral gas bubble to support transplanted tissue in place. Whilst patient safety is well documented with the correct use of these gases, less consideration has been given to the wider implications of using these substances in healthcare.

With a full-scale climate emergency on our hands, it is important that all healthcare professionals using these gases are aware of their environmental impact and the ways in which these can be mitigated.

The three main gases used in ophthalmic surgery are Sulphur Hexafluoride (SF6), Hexafluoroethane (C2F6) and Perfluoropropane (C3F8), these latter two falling into the category of PFCs.

By defining these substances as contributors to the greenhouse effect and global warming, the Kyoto Protocol mandates its signatories to develop strategies to reduce their usage and impact.

The global warming potential (GWP) of each non-CO2 greenhouse gas is calculated in terms of the 100-year warming potential of the gas relative to CO2. For practical purposes it is expressed as CO2 equivalent in metric tonnes (MtCO2e), in line with international reporting and carbon trading protocols.

Another way of expressing this is the relative carbon intensity per kg of gas emitted. SF6 has an extremely high global warming potential, 23,900 times that of CO2 – in other words one metric tonne of SF6 released into the atmosphere is equivalent to 23,900 tonnes of CO2 measured over a 100-year period.

Moreover, because SF6 is inert in the atmosphere, it will exist there for several thousand years before it degrades. This is in contrast to CO2 which, although released in far greater quantities than the other greenhouse gases, can be ‘locked away’ in carbon capture programmes such as reforestation.

Efforts to reduce the atmospheric levels of non-CO2 greenhouse gases must therefore focus principally on limiting their production and controlling their usage.

In March 2014, the European Parliament passed a piece of legislation regulating the use of so-called ‘F-gases’, with the aim of phasing down their use in industries such as refrigeration and air conditioning, starting with those with the highest GWP.

Following the UK’s departure from the EU, most of the requirements of this legislation have been transferred into UK law. The UK produces an annual Greenhouse Gas Inventory, compiled in line with guidance from the International Panel on Climate Change (IPCC), which sets out the total emissions from the UK during that period.

For this data to be meaningful, UK emissions need to be measured, monitored and reported accurately. Companies such as BOC which supply gases to industry and the healthcare sector have quotas on the amounts of each substance they can produce annually.

Companies purchasing these gases are required to adhere to strict regulations which cover the training and certification of businesses and personnel, the labelling and containment of gases within the equipment, monitoring of leaks and the recovery of gases from equipment that is no longer in use.

For example, SF6 is widely used as an insulator in medium- to high-voltage electrical switches such as those found in electrical sub-stations and power stations. It is very effective in preventing electrical accidents and fires, by preventing short-circuits and quenching arcs.

However, the rise in demand for renewable energy has ironically led to greater SF6 emissions because more SF6-containing electrical switchgear is being manufactured to support the renewables infrastructure.

Researchers at the University of Bristol who monitor concentrations of SF6 in the atmosphere found that levels of SF6 had doubled in under two decades.

Astonishingly, there is currently no equivalent regulation of greenhouse gases in the healthcare industry because these gases are deemed to be medically necessary. But how much of a problem is this?

A considerable one, as it turns out. Global emissions of inhalation anaesthetics such as Desflurane (an HFC) and Nitrous Oxide produce an estimated equivalent of 3 million tonnes of CO2 per year, and with the global market worth $1.2bn and growing at 3.5% ompound annual growth rate (CAGR), this will continue to rise.

Medical applications account for about 12% of the global market share of SF6, and the market size is rising year on year as demand for healthcare increases.

Closer to home, the NHS accounts for 5.4% of the UK’s total carbon emissions (including the carbon footprint of patient and staff travel, energy usage within buildings, incineration of waste etc.), but without a mandatory system in place to identify and monitor the use of greenhouse gases for medical purposes, including in ophthalmology, it is likely that the NHS’s carbon footprint is being underestimated.

There is some good news, however, in terms of how the healthcare industry is waking up to the urgent changes in practice that are needed. In October 2020 the NHS became the first national health system to commit to delivering ‘net zero’, a target it aims to achieve by 2040.

We are seeing a greater awareness of carbon equivalent savings that can be made, for example by switching inhalational anaesthetic agents, reducing flow rates and capturing and reusing exhaled gas, and by switching metered dose inhalers for asthma to lower-carbon versions with a different propellant.

However, there is currently no data on the global emissions of F-gases used in ophthalmic surgery, and in fact the contribution of these agents is rarely even acknowledged within official publications.

It therefore falls to us as individuals to initiate the changes: we need to be mindful of our own F-gas usage and take active steps towards reducing wastage, for example, standardising the technique of preparing gases in ophthalmology theatres, choosing gas products which minimise wastage and auditing usage.

The traditional mode of ophthalmic gas supply has been in large gas cylinders supplied in much the same way as oxygen or anaesthetic agents. These have the advantage of providing a long-term supply in a condensed form, which reduces the carbon footprint of transportation, and avoids single-use packaging.

However, these are heavy, take up precious space in an operating theatre and are highly wasteful, as they require flushing of the tubing in order to transfer gas to the operating table. Many departments have switched to small single- or several-use canisters containing around 100ml of pressurised gas.

These canisters have the advantage of being sterile, light and portable, and the need for flushing is eliminated as they connect to the sterile gas syringe directly.

The consumption of these units can be easily audited and their use modified to reduce wastage. However, the manufacture and distribution of these items carries a carbon footprint in itself, and it seems likely that there is a certain amount of gas wastage during the filling process.

It is also difficult to transfer the exact quantity of gas required, resulting in venting of the excess, and the canisters are not currently recycled, so they end up in landfill with the ultimate release of the unused ‘deadspace’ gas into the atmosphere.

The most environmentally-friendly gas products, resulting in the least wastage of gas, are those supplied in non-pressurised borosilicate glass containers.

These contain only the (maximum) amount of gas that will be needed during one surgery, with little to no wastage including no ‘deadspace’ gas left in the container.

The glass vials are also recyclable within the usual healthcare waste streams, which produces an additional carbon saving on top of greater ease of disposal.

We highly recommend switching to these products after carefully using up stock of existing systems.

The ultimate solution to this problem, however, is to phase out the use of F-gases from ophthalmic surgery completely.

Although it is difficult to countenance a change in surgical approach which might compromise outcomes, it is important to remember that intraocular gas causes considerable morbidity and inconvenience for patients, and that the environmental concerns provide even more reason to rethink when and how we use these gases.

Retinal detachment surgery can be performed successfully without the use of a gas tamponade, not just with external buckling techniques. Martinez-Castello et al. used vitrectomy and perfluorocarbon liquid tamponade followed by fluid-air exchange and trans-scleral diode laser retinopexy, with no tamponade at the end of surgery, achieving excellent results.

Wilson Heriot has shown that an immediate retina-retinal pigment epithelium (RPE) adhesion can be achieved by treating retinal breaks with an airstream to dehydrate the surrounding retina, followed by laser-induced thermal fusion of the retina.

Comparative research is urgently needed to assess whether this could provide a viable, safe alternative to gas tamponade in retinal detachment surgery.

Innovations like these, backed up by robust research evidence, have the potential to transform retinal surgery as well as to contribute towards a more sustainable future in healthcare. 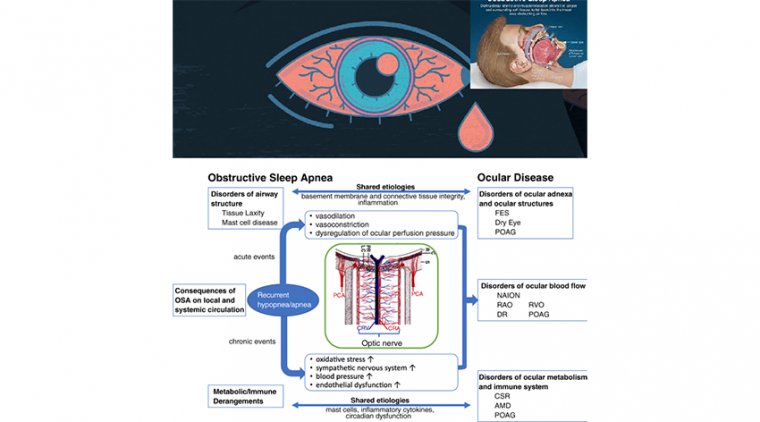 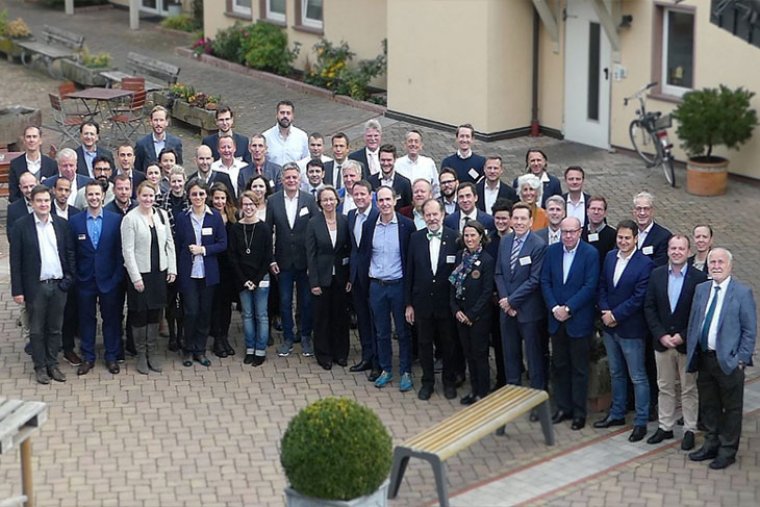 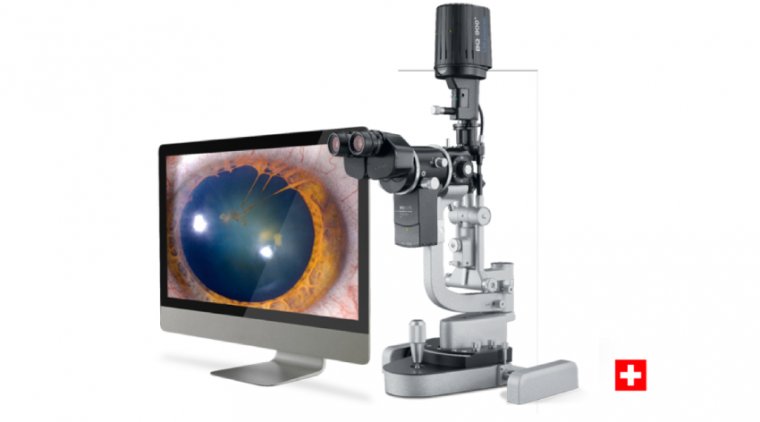