By definition, these subclinical, nonexudative neovascular lesions are not associated with detectable macular fluid on OCT imaging or with leakage during fluorescein angiography.

Most of these lesions are categorized as type 1 MNV, but subclinical type 3 MNV can be detected as well using OCTA.

The type 1 nonexudative MNV can also be detected on structural OCT images by identifying the presence of a double-layer sign or a shallow irregular retinal pigment epithelial detachment (PED).

OCTA is the non-invasive imaging method of choice for the detection of these treatment-naïve nonexudative neovascular lesions.

Swept-source OCTA (SS-OCTA) is comparable to indocyanine green angiography for the detection of these lesions.

Although nonexudative MNV is asymptomatic, it is important to identify these lesions because they seem to be a precursor for the development of exudative disease, according to Philip J. Rosenfeld, MD, PhD.

Rosenfeld discussed the detection, natural history, and management of treatment-naive MNV in a presentation at the 2021 Ohio Ophthalmological Society Virtual Annual Meeting.

“A double-layer sign (DLS) or shallow, irregular retinal pigment epithelial elevation (SIRE) on the structural OCT B-scan is a characteristic feature of these lesions,” said Rosenfeld, a professor of ophthalmology at Bascom Palmer Eye Institute at the University of Miami Miller School of Medicine in Florida.

“Finding these lesions in eyes with dry AMD is important because they have a high risk of conversion to exudative AMD. So far, we have not been able to predict which eyes are likely to progress to exudation based on anatomic changes.

Therefore, close follow-up and at-home monitoring [are] crucial in these patients to prevent vision loss.” Rosenfeld highlighted his message about monitoring with a case history involving a patient who presented in January 2020 with large drusen and 20/40 visual acuity (VA) OU.

Routine SS-OCT showed structural elevation of the retinal pigment epithelium (RPE) consistent with drusen in the right eye but no evidence of exudation.

Nonexudative MNV was detected with SS-OCTA imaging, where the areas of confluent drusen corresponded to a DLS seen on individual B-scans.

The patient was counseled to return for follow-up in March 2020, but because of the COVID-19 pandemic, she canceled that appointment.

A rescheduled visit in April was also canceled. In May, four months after her January appointment, she presented to the emergency department because of sudden vision loss in the right eye.

“This situation could have been prevented by home monitoring and even better by home OCT monitoring that could have showed exudation developing long before the hemorrhage occurred,” he said.

Detecting MNV on OCTA Rosenfeld credited the ability to detect MNV to the work by Ruikang Wang, PhD, of the University of Washington in Seattle, who developed an optical microangiography algorithm that enables flow detection in OCT images.

For the purposes of his study, Rosenfeld used a slab that extended from the outer retina (OR) to the choriocapillaris (CC), which is termed the ORCC slab. Rosenfeld noted that the presence of subclinical MNV had been described in the 1990s in eyes that had undergone indocyanine green angiography (ICGA).

The ability to identify these lesions equally as well using noninvasive SS-OCTA imaging was demonstrated by Rosenfeld and colleagues in a study of patients with asymptomatic, intermediate AMD in one eye and exudative NV AMD in the fellow eye.

Subsequently, Rosenfeld and colleagues went on to investigate the prevalence and natural history of nonexudative MNV in dry AMD. For this study, they included patients with dry AMD in one eye and a fellow eye with exudative AMD.

The prevalence was similar in eyes with either intermediate AMD or geographic atrophy. Follow-up of eyes with nonexudative MNV showed that the lesions can grow without becoming exudative.

Anti-VEGF treatment was administered when symptomatic fluid developed associated with a decrease in vision, and the treatment was effective in resolving the fluid and improving VA, but there were no obvious effects on lesion morphology for type 1 MNV, which comprised 93% of the lesions.

Search for anatomic changes that predict exudation Studies conducted to find possible biomarkers to predict exudative conversion have so far shown no association with size or growth of the MNV prior to exudation or with changes in the volume of pigment epithelial detachments associated with the MNV prior to exudation, choriocapillaris flow deficits, or the surrounding choroidal vasculature.

“Additional potential predictors we are looking at include flow velocity within the MNV or in the choriocapillaris around the MNV and changes in choroidal blood flow,” he noted.

Rosenfeld explained that in the phase 2 FILLY study investigating pegcetacoplan for the treatment of geographic atrophy, the adverse event analysis showed that new-onset exudation developed in a dose-dependent fashion, occurring in 21% of eyes treated monthly with the investigational agent, in 9% of eyes receiving treatment every other month, and in only 1 eye (1.2%) in the sham-treated control group.

A post hoc review of images obtained at baseline showed the DLS was present in 73% of eyes that developed exudative AMD versus in 32% that did not develop exudation.

“These eyes with the DLS had subclinical neovascularization, but we were not prepared to capture these eyes at baseline,” Rosenfeld explained.

“Now, in the phase 3 trials investigating pegcetacoplan, DLS at baseline is being identified, and these eyes are being followed carefully for the development of exudation that will be treated with anti-VEGF therapy.”

However, Rosenfeld added that the takehome message from FILLY “is that the VA outcome was just as good in eyes that developed exudation compared to those that did not because they were treated promptly with and responded very well to anti-VEGF therapy.” 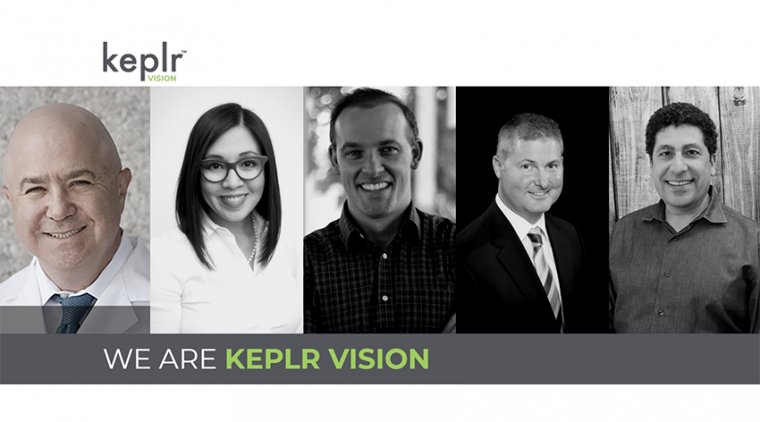