Genome editing (also called gene editing) is a group of technologies that give scientists the ability to change an organism’s DNA. These technologies allow genetic material to be added, removed, or altered at particular locations in the genome.

Several approaches to genome editing have been developed. A recent one is known as CRISPR-Cas9, which is short for clustered regularly interspaced short palindromic repeats and CRISPR-associated protein 9.

The CRISPR-Cas9 system has generated a lot of excitement in the scientific community because it is faster, cheaper, more accurate, and more efficient than other existing genome editing methods.

CRISPR-Cas9 was adapted from a naturally occurring genome editing system in bacteria. The bacteria capture snippets of DNA from invading viruses and use them to create DNA segments known as CRISPR arrays.

The CRISPR-Cas9 system works similarly in the lab. Researchers create a small piece of RNA with a short “guide” sequence that attaches (binds) to a specific target sequence of DNA in a genome. The RNA also binds to the Cas9 enzyme.

As in bacteria, the modified RNA is used to recognize the DNA sequence, and the Cas9 enzyme cuts the DNA at the targeted location. Although Cas9 is the enzyme that is used most often, other enzymes (for example Cpf1) can also be used.

Once the DNA is cut, researchers use the cell’s own DNA repair machinery to add or delete pieces of genetic material, or to make changes to the DNA by replacing an existing segment with a customized DNA sequence.

Genome editing is of great interest in the prevention and treatment of human diseases. Currently, most research on genome editing is done to understand diseases using cells and animal models.

Scientists are still working to determine whether this approach is safe and effective for use in people. It is being explored in research on a wide variety of diseases, including single-gene disorders such as cystic fibrosis, hemophilia, and sickle cell disease.

It also holds promise for the treatment and prevention of more complex diseases, such as cancer, heart disease, mental illness, and human immunodeficiency virus (HIV) infection.

Ethical concerns arise when genome editing, using technologies such as CRISPR-Cas9, is used to alter human genomes. Most of the changes introduced with genome editing are limited to somatic cells, which are cells other than egg and sperm cells.

These changes affect only certain tissues and are not passed from one generation to the next. However, changes made to genes in egg or sperm cells (germline cells) or in the genes of an embryo could be passed to future generations.

Germline cell and embryo genome editing bring up a number of ethical challenges, including whether it would be permissible to use this technology to enhance normal human traits (such as height or intelligence).

Based on concerns about ethics and safety, germline cell and embryo genome editing are currently illegal in many countries.

New Gene Therapy Approach Restores Visual Function – A breakthrough study, led by researchers from the University of California, Irvine, results in the restoration of retinal and visual functions of mice models with inherited retinal disease.

Published in Nature Biomedical Engineering, the study illustrates the use of a new generation of CRISPR technology and lays the foundation for the development of a new therapeutic modality for a wide range of inherited ocular diseases caused by different gene mutations.

“In this proof-of-concept study, we provide evidence of the clinical potential of base editors for the correction of mutations causing inherited retinal diseases and for restoring visual function,” said Krzysztof Palczewski, PhD, the Irving H. Leopold chair in the Gavin Herbert Eye Institute, Department of Ophthalmology at the UCI School of Medicine.

“Our results demonstrate the most successful rescue of blindness to date using genome editing.” “As an alternative to gene augmentation therapy, we applied a new generation of CRISPR technology, referred to as ‘base editing,’ as a treatment for inherited retinal diseases,” said first author Susie Suh, assistant specialist in the UCI School of Medicine Department of Ophthalmology.

“We overcame some of the barriers to the CRISPR-Cas9 system, such as unpredictable off-target mutations and low editing efficiency, by utilizing cytosine and adenine base editors (CBE and ABE),” said co-first author Elliot Choi, also an assistant specialist in the UCI Department of Ophthalmology.

“Use of these editors enabled us to correct point mutations in a precise and predictable manner while minimizing unintended mutations that could potentially cause undesirable side effects.”

Converting Skin Cells to Retina-like Cells – Researchers have discovered a way to directly reprogram skin cells into light-sensing rod photoreceptors used for vision. The lab-made rods enabled blind mice to detect light after the cells were transplanted into the animals’ eyes.

The work, funded by the National Eye Institute (NEI), was published in Nature. The NEI is part of the National Institutes of Health. Until now, researchers have replaced dying photoreceptors in animal models by creating stem cells from skin or blood cells, programming those stem cells to become photoreceptors, which are then transplanted into the back of the eye.

In the new study, scientists show that it is possible to skip the stem-cell intermediary step and directly reprogram skins cells into photoreceptors for transplantation into the retina.

“This is the first study to show that direct, chemical reprogramming can produce retinal-like cells, which gives us a new and faster strategy for developing therapies for age-related macular degeneration and other retinal disorders caused by the loss of photoreceptors,” said Anand Swaroop, PhD, senior investigator in the NEI Neurobiology, Neurodegeneration, and Repair Laboratory, which characterized the reprogrammed rod photoreceptor cells by gene expression analysis.

“Of immediate benefit will be the ability to quickly develop disease models so we can study mechanisms of disease. The new strategy will also help us design better cell replacement approaches,” he said.

Stem Cells May Rescue Dying Retina Tissue – Dying retinal cells send out a rescue signal to recruit stem cells and repair eye damage, according to the findings of a new study published in the journal Molecular Therapy.

The findings open the door to restoring eyesight by modifying stem cells to follow the signal and transplanting them into the eye. Martina Pesaresi, PhD, together with a group led by Pia Cosma at the Centre for Genomic Regulation in Italy identified 2 cell signals, known as Ccr5 and Cxcr6, using different models of retinal degeneration in humans and mice.

They then genetically engineered the stem cells with an overabundance of Ccr5 and Cxcr6 cell receptors. When these modified stem cells were transplanted back into the models, they displayed a significantly higher rate of migration to degenerating retinal tissue, rescuing them from death and preserving their function.

“One of the main hurdles in using stem cells to treat damaged eyesight is low cell migration and integration in the retina,” says Pia Cosma, senior author of the study.

“After the cells are transplanted they need to reach the retina and integrate through its layers. Here we have found a way to enhance this process using stem cells commonly found in the bone marrow, but in principle can be used with any transplanted cells.”

In Light Of The Photoacoustic Imaging & Its Revolution
307 read 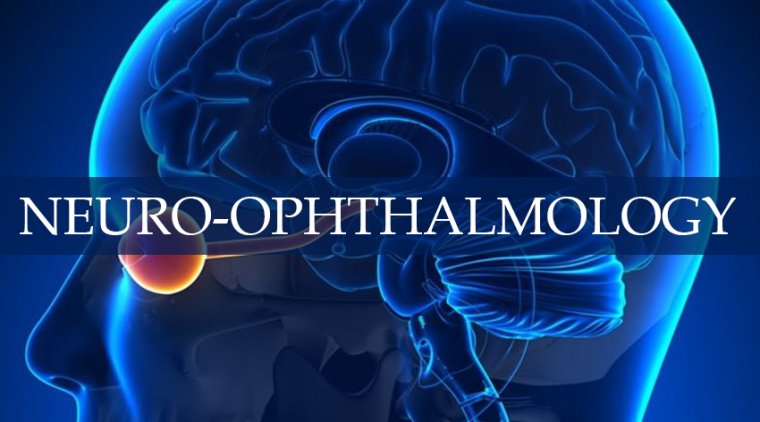