According to a 10-year analysis of data from the Beijing Eye Study, high myopia is a major risk factor for developing open-angle glaucoma, which is 7.3 times the risk of emmetropic eyes.

“Increased probability to develop glaucoma may be due to axial elongation, including elongation and thinning of the lamina cribrosa, enlargement of Bruch’s membrane opening, and a lengthening and thinning of the peripapillary choroidal border tissue,” Ya Xing Wang, MD, said at the virtual Association for Research in Vision and Ophthalmology meeting.

The Beijing Eye Study is a population-based study conducted in the adult Chinese population of greater Beijing. A total of 4,439 participants were enrolled in 2001, and 60.7% of them were reexamined after 10 years. Flicker chronoscopy was used to evaluate structural changes in the appearance of the optic nerve head and retinal nerve fiber layer, which, together with an open anterior chamber angle on anterior segment OCT, would potentially lead to the diagnosis of open-angle glaucoma (OAG).

The incidence of nearsighted and especially nearsighted eyes is significantly higher than that of non-nearsighted eyes, she said. It was 2.1% in the emmetropia group and increased to 6.2% for low myopia, 8% for moderate myopia and 13.3% for high myopia.

Eyes with a thinner cornea were also found to be more likely to have an OAG incident.

“This finding is consistent with the Early Manifest Glaucoma Study and other research, although it is still unclear whether thinner CCT is a structural or diagnostic risk factor,” said Wang. The ESCRS 2021 Will Witness The Launch Of Golden Ratio in Trifocal IOL Technology By VSY Biotechnology in Amsterdam, October 8-11
1495 read 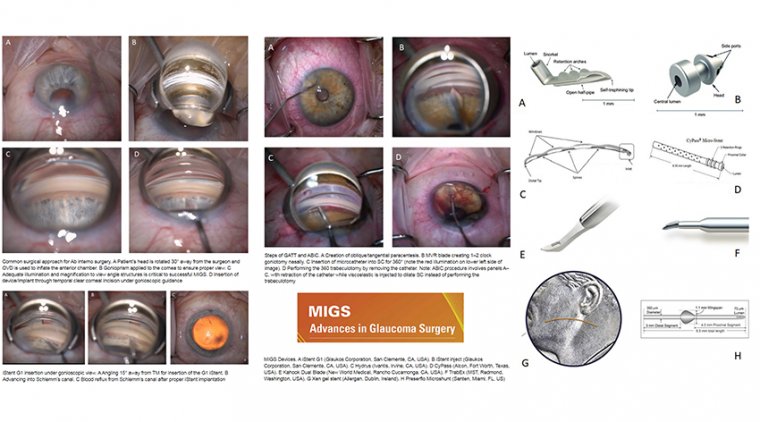 What The Future Holds For Microinvasive Glaucoma Surgeries (MIGS)
348 read