The very first ophthalmologist was Apollo himself and the physician–healer often had a God-Given divine status in ancient Greek mythology.

Truly focused on the ideas that inspire, engage, and excite. Ideas that challenge convention, break the rules, and buck the trends – Yes Truly & Verily; In-depth discovery means every opportunity is explored – Through A Crystalline Precision!

In light of reaching more advanced skills in performing cataract and vitreoretinal surgery, continuous learning in multi-faceted ophthalmology and understanding the fundamentals of eye anatomy and physiology is very important.

Having a strong foundation in the basics is a necessity for higher-order knowledge synthesis, which enables ophthalmologists to deal with complications in theatre as they arise, making complex clinical decisions, as well as advancing clinical research.

Difference Between The Theory and Principle

The separation between theory and principle is an area of medical education which often causes students lots of confusion. There are a few different perspectives about the essence of what constitutes a theory.

“Such phenomena about a comprehensive, coherent and internally consistent ideas system ”. Essentially, this is the framework that learners can use – amongst other things – to make sense of today’s world.

A principle on the other hand follows more along the lines of instructions, guidelines, and rules – which are meant for practice. These are generally phrased as a clear statement. As a kind of an example, “intraocular pressure must be checked in patients with suspected glaucoma”.

In essence, a good principle is one that encompasses literature that supports it and has a broad relevance which can be generalized. It should also be relevant to both educational practices as well as assessments.

To highlight the difference between an educational principle and an educational theory, we can say that a principle is generally a rule or instruction made as a statement – whereas a theory follows more along the lines of a schema of notions grounded in evidence.

The cognitivist theory stemmed from the essential criticism arising from another theory – behaviorism, which only focuses on behaviors (in particular on stimuli and response), whilst ignoring some of the higher mental processes which are manifest in the learning process.

It focuses on the thought processes behind behaviors that occur. These are made up of ‘meaning-making’, ‘perception’, and ‘memory’. These are used to elucidate what’s happening on a deeper level within the mind itself.

The understanding of memory is an area that naturally follows when learning about this theory. Memory is an integral part of our lives and its study is intricately linked to understanding how each of us learns. There are many facets to memory itself.

The third stage, retrieval, deals with how information is retrieved. For example, learning the Ray Diagrams in optics and committing this to memory – recalling them during a refraction assessment.

Memory can be described as short-term – tautologically this is known to have a relatively short period and is limited in its overall capacity in terms of how much can be stored (this varies between individuals depending on their cognitive capabilities).

On the other hand, some of these short-term memory is encoded for longer-term use. Contrasted with shorter-term memory this has an unlimited capacity and it can be used to form more substantial and meaningful relations when encoding novel information. The term for this is elaboration. Learning to recognize retinal detachments with frequent exposure and elucidating underlying causes.

Furthermore, the encoding stage is split into three main domains, visuals (pictures), acoustics (sounds), and semantics (meanings). In essence, this theory deals with details of how information is ultimately received and organized and then stored by the mind – which is seen to be alike to a processor.

With relation to applying the principle, it would be worthwhile to focus on the encoding elements of the educational theory. As aforementioned these comprise of the visual, acoustic, and semantic domains.

If we’re to deliver a lesson to undergraduates studying ophthalmology we could focus on the visual domain to illustrate the passage of light through the cornea, pupil, and lens before the retina.

We could do this through visuals and diagrams showing a source of light entering the eye and numerically ordering the parts of the eye it travels through. By illustrating these steps through the cornea initially, then through the pupil and lens to the retina, we can teach undergraduates the fundamentals of eye anatomy.

These may also be done through the use of flashcards commonly used for revision purposes by undergraduate medical students. In terms of learning via acoustics, teachers could disseminate audiobooks talking about the passage of light to similarly enable learning to come about.

Semantically, we could link the idea in with creating a mnemonic for an ophthalmic concept, and this assists with deep memory encoding.

The benefits of this approach revolve around the visual stimulus helping to form a deeper understanding of what’s actually going on in the system. It can be of particular benefit to learners who have been shown to respond more positively to visual learning styles.

One of the drawbacks of this is that it can be incredibly complicated to visually illustrate some more difficult concepts which would aid the encoding stage. For example, the route from the optic nerve through the lateral geniculate nucleus to the primary visual cortex – as taught in neuro-ophthalmology when teaching occurs concerning visual pathways.

‘Blooms taxonomy’ is commonly accepted as a derivative of the theory of cognitivism. In essence, this pushes for the coming together of higher-order thought from lower-level cognitive skills. For example, in ophthalmology, knowledge of the fundamentals of eye anatomy is required to understand the more complex intricacies of cataract surgery.

Higher-order learning comprises mainly of synthesis and evaluation. This involves combining information before a unique end product – as well as making choices that ultimately require the understanding of the underlying values inherent.

For example, complications that may occur during phacoemulsification and how to deal with the particular complication encountered – like a posterior capsular rupture.

Constructivism deals with how we all form our perspectives and ideas about the world – through unique, individual conceptions and experiences. This theory enables learners to solve issues and problems in unfamiliar and novel situations.

One of the core tenets behind this theory is that learning is unique for each of us because of our individually unique set of experiences, circumstances, and resulting perceptions. It is often said accordingly that it’s not possible to separate an individual’s personal experience from knowledge.

Some key principles are surrounding this educational theory. It is noted that conceptual growth comes from the negotiation of meaning and that learning should be situated in realistic settings. Furthermore, it is noted that assessment and testing should be integrated with the tasks involved rather than as separate activities.

This idea was expanded upon and the argument is made that education is about conceptual change and not merely the acquisition of information. The reason for this is that as we progress along the learning journey our worldview changes. Crucially, it’s important to distinguish that it’s not the acquisition of information which brings about such change, but rather, the way that this is consequently structured and the evolving thought processes therefrom.

A few key principles are stemming from constructivism and these include accepting that learners are active participants, they are self-regulating, that social interaction is necessary for effective learning to occur, and that they are encouraged to make sense of the information for themselves.

Group collaboration between ophthalmologists during teaching afternoons, allowing them to bring their cases and presentations into the learning sessions to discuss these is demonstrative of this. In saying that learning should be situated in realistic settings, we could use learning about the use of slit lamps in ophthalmic outpatient clinics as a context where this could apply.

Learners should be given first-hand instructions then examined their knowledge of pathologies as cases arise (e.g. lens subluxation in patients with Marfan’s syndrome). We can apply the principle that learners are self-regulating to the Problem Based Learning education model in group learning about glaucoma.

It has been postulated that the teacher is someone whose aim is to guide the process rather than direct – and that this learning session is based upon the learner’s prior knowledge. The lesson may involve starting with a case and then drawing on individuals’ experiences and knowledge to find out what they know already about the pathophysiology of glaucoma.

What could lead to increased intraocular pressure? How could treatment be tailored to this patient’s needs and circumstances? This involves developing learning outcomes that learners leave to study independently in preparation for the next session.

This may involve looking into the medical and surgical management of glaucoma, the rationale for these approaches – allowing learners to elaborate on these.

Knowledge of learning theories would be useful for ophthalmologists as well as other physicians to explore. This may enable a deeper understanding of the rationale behind the different activities students and trainees are exposed to in the learning process.

Ranging from eye anatomy and physiology to complex cataract surgeries, to dealing with complications that may arise in ophthalmic theatres – there is a case to be made that learning about the acquisition of knowledge may lead to more insightful learners and ultimately practitioners. RETINA-AI Health, Inc Receives US Patent For The Detection Of Eye Diseases With AI
138 read 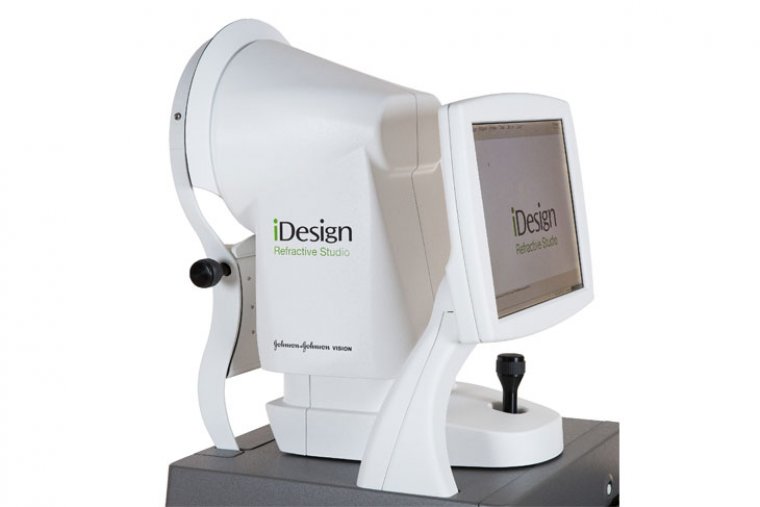 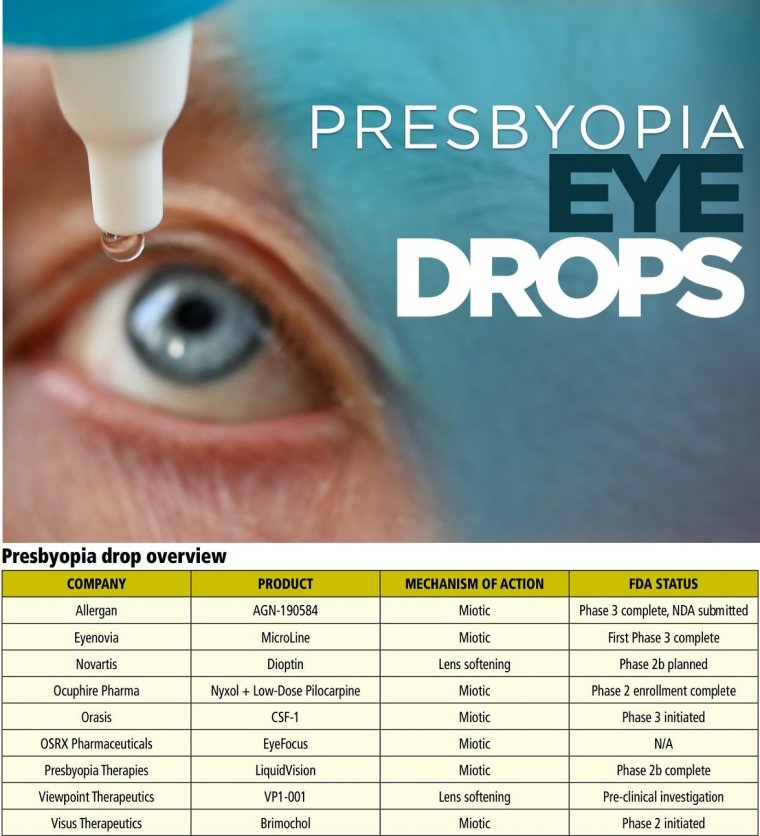 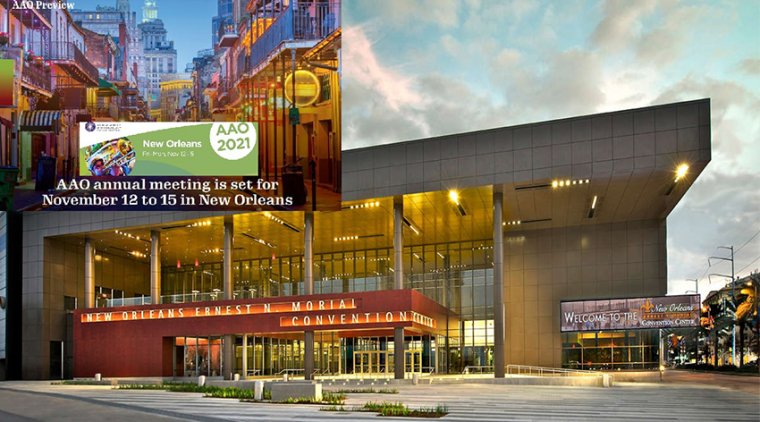